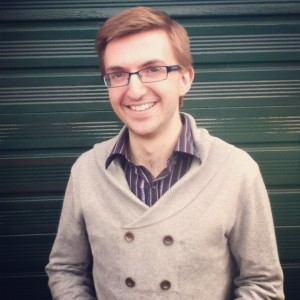 I sit writing this on the evening before I start at Drama Studio so what better time to talk about the auditions and application processes of the various schools I applied to? If you’ve stumbled on this post researching DSL or applying to drama schools in general, you’re in the right place. I hope you’ll find some of this useful and/or reassuring!

I actually started researching schools for over a good couple of years before I could apply anywhere. At the time I had a full time teaching job (which I loved) and was studying for a PGCE. During the summer before I started my NQT year, I started putting together a short list of places I would apply to.

First of all, I wanted one-year courses; I felt that I could neither afford the time or the money to train on a three year course. I was also determined to choose a purely acting (as opposed to a musical theatre) course. I hoped that the musical training and performing experience I’d already gained would be enough and what I really needed was focused training on my acting only.

So with these conditions in place, I started scouring the internet for all the information I could find on all the drama schools in London and the surrounding areas. The Drama UK website is a great place to start, but there are loads of good places which aren’t there. I also made use of The Stage website’s blogs and reviews.

Anyway, after months of research, my short list ended up as (in no order of preference):

All these sounded like productive places to spend a year and all had special things about their courses which really appealed to me.

So then came filling in the applications. I had to send headshots in (which I didn’t have) so I had my girlfriend take some ones of me standing outside in front of the garage (see picture above)! These seemed to serve the purpose so got sent of with the forms and a pretty lengthy list of all the performance experience I had. I sent them off in late October.

Not long after came the invitations to audition. I had to rearrange a couple to weekends to avoid clashes with work (which wasn’t a problem) so the first audition I had was late November at Drama Studio London. I had about three weeks to learn two monologues: a Shakespeare and a 20th Century. I already knew I was going to use a monologue from Amadeus (I used the film as part of my teaching about Mozart) but I didn’t have a Shakespeare monologue so I did a bit of research, asked some friends’ advice and eventually picked a speech by Iago in Othello (which I’d recently seen so was fresh in my mind!)

I travelled up the night before and stayed at the local Travelodge in Ealing. I turned up at the school and was shown to the common room downstairs. I was there a bit early but I was not the only one so we had a chat about what we were doing and where we were applying. Eventually we were called upstairs and the half-dozen of us were shown into a studio. Two of the tutors gave us a talk about the school and what it would be like and what life would be like beyond. They were keen to discourage us from applying (and choose a more stable career!) but I don’t think any of us were going to take that advice!

The next part of the audition workshop was an exercise where we had to improvise scenes in pairs. One person went out the room and the one that stayed in was given the first line of the scene. The first was called back in and the scene began. This was great fun and during this I was a hapless dentist and in another, a thief who had allowed the stolen monkey to escape their van.

Following this was the time to perform one of our monologues. I chose Mozart’s speech from Amadeus because I love it and felt most confident with it. We performed them to the group and then we had a break in the common room while the tutors discussed our performances. At this stage I prepared myself to go home having had a fun morning performing and with some brilliant ideas to use in my drama lessons.

We were called back in and given general and then personal feedback. I was warned not to fall into caricature but was described as having

“a quirky look and very castable”

We had a chat as a group about why we were there and what we wanted to get out of the course. After some vocal warm ups, we performed both monologues one after the other. I missed out a bit of my Iago speech but I carried on and hoped that ignoring the mistake would make up for forgetting!

The next stage was to prepare a given scene from a play in a very short amount of time. I was allocated one half of a two-hander and spend the next few minutes channelling my inner drug-taking stepdad.

After these, there was another break and then we were called in one-by-one to have a chat in more detail about our performing background and aspirations for the future. They commented that my experience was largely in musical comedy and light opera rather than the more ‘gritty’ drama I would be encountering on the course. Once again, I was prepared to go home unsuccessful. I’d had a really enjoyable day and could really see myself feeling even more at home there than I had already started to!

Drama Studio London pride themselves on making offers of a place on the day and in my case, they made one. An offer after my first ever audition? I was pretty chuffed and very surprised! I had no idea when I was applying whether I would be able to get through the application process for one of the accredited schools. I just hope I can justify the offer.

I still had four other schools to apply for and after my offer from Drama Studio, I was really excited for the next one…

… Which was the London School of Dramatic Arts. It was in a great part of London, just round the corner from the V&A and it was useful to talk to current students and get some inside knowledge of the course. I was auditioned by the Course Director who I thought was great. I was pleased with my two monologues and really enjoyed the chat we had afterwards. I was really pleased when I received an email not long after offering me a place. The whole process was already going much better than I’d ever imagined!

Shortly after Christmas I had an audition at the Court Theatre Training Company. The theatre was tricky to find but once inside there were great facilities and I performed my two monologues for the Course Director who then coached me a little on my Shakespeare. It really opened my eyes to quite how much I have to learn. After that we had a really long chat and I was offered a place. I was starting to think I had an impossible choice to make between the places! Each one had things I really wanted to do.

I regretfully decided to cancel my auditions at Oxford School of Drama and LSMT and start trying to decide between the three offers. I was so grateful for the offers from LSDA and CTTC and was really disappointed to have to say goodbye to a possible life at those places for the next year.

In the end I’m sure I’ve made the right decision. Tomorrow’s something of an induction day so do come back then if you want to find out how I get on.

Are you applying to drama school? Or have you already been through the process? I’d love to hear your thoughts in the comments!

Robert is an actor, musician and theatre historian

This site uses Akismet to reduce spam. Learn how your comment data is processed.